Kylie’s Right was commissioned by our client as a surprise gift for his wife in celebration of a significant birthday. Kylie is a keen surfer, and we were asked to produce a large-scale charcoal drawing of a wave, with two stipulations. Firstly, that the image be unique and reflected the kind of waves we have in Victoria and secondly, in a nod to Kylie’s preferred direction when surfing, that the wave be shown breaking right. The brief also contained an inherent artistic challenge. Charcoal is an abrasive medium, and we relished the opportunity to render a dynamic liquid form in what is essentially dust.

Naturally, our process began with a conversation about waves. We discovered a shared fascination for the way in which waves often resemble solid objects when depicted in still images – rather than fleeting expressions of energy – and realised we had found our departure point.

World-renowned surf photographer Ed Sloane let us trawl through his archive for a few unpublished gems to use as reference images and we set out to explore the tactile qualities that inspired our discussion and capture something of the raw power of the Southern Ocean that batters the coast we live on. Happy Birthday Kylie. 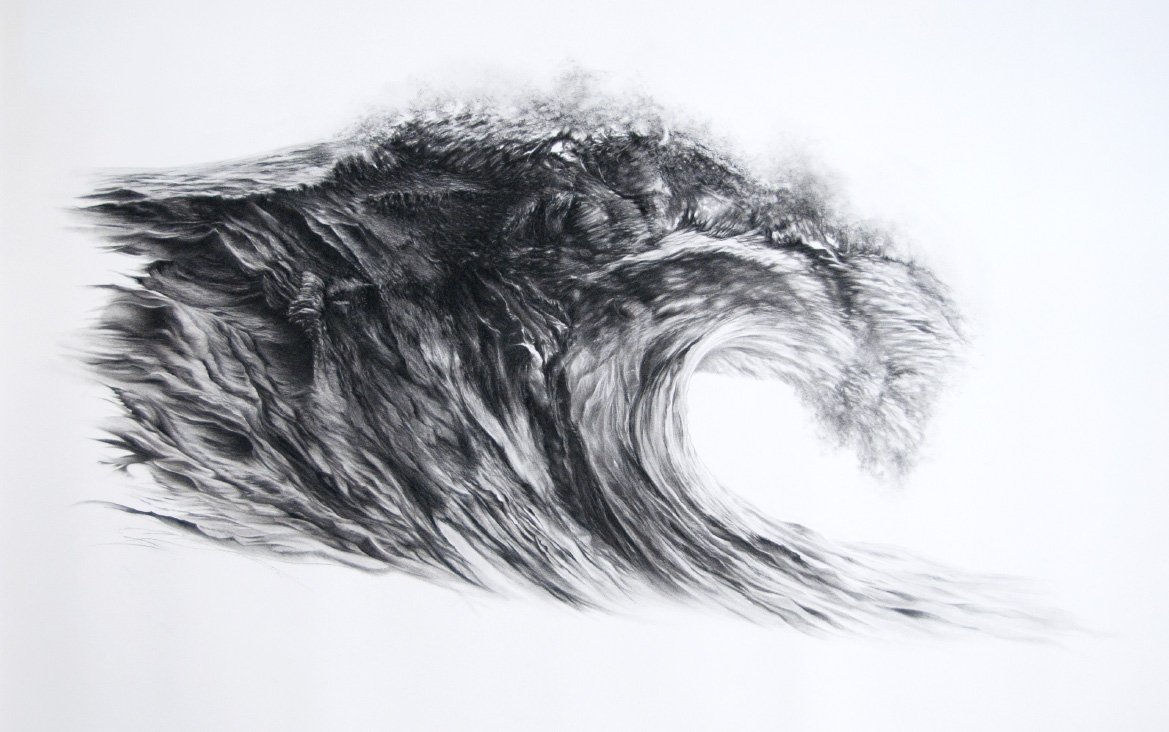 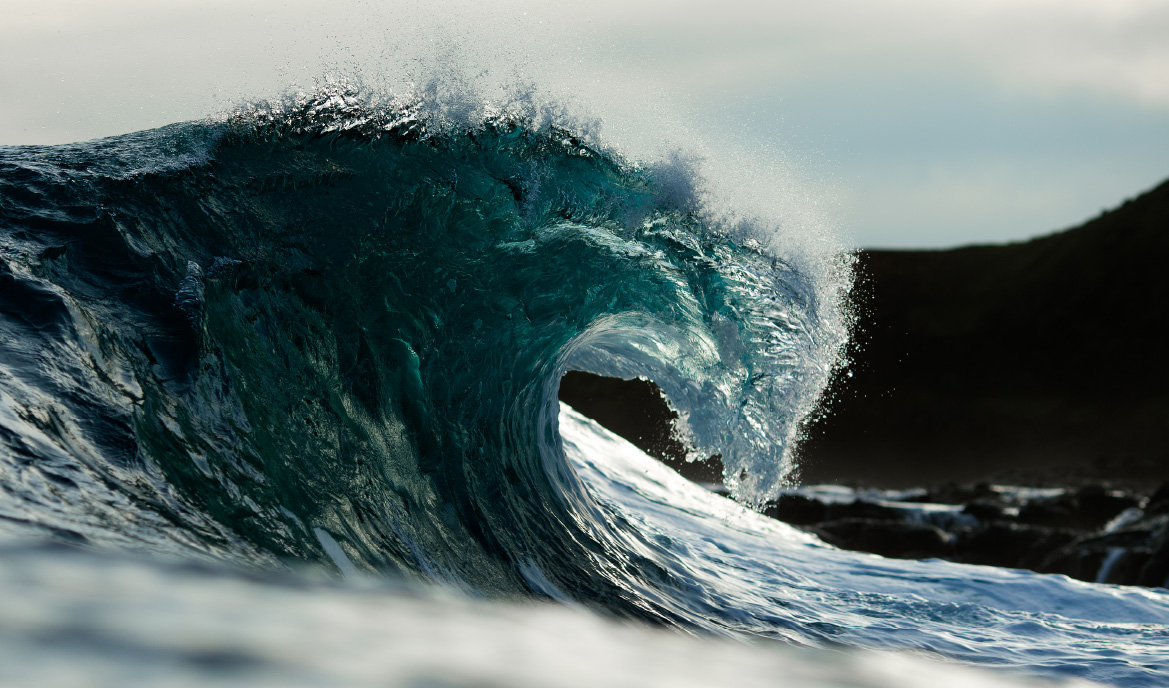 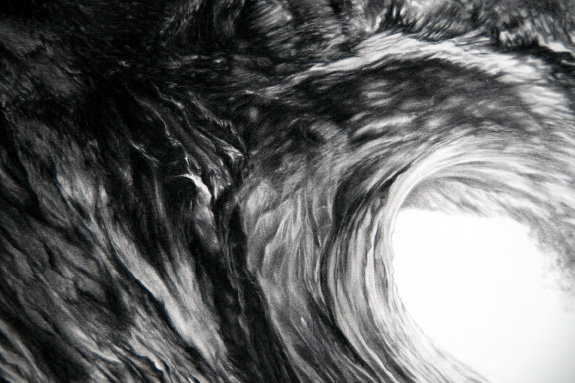 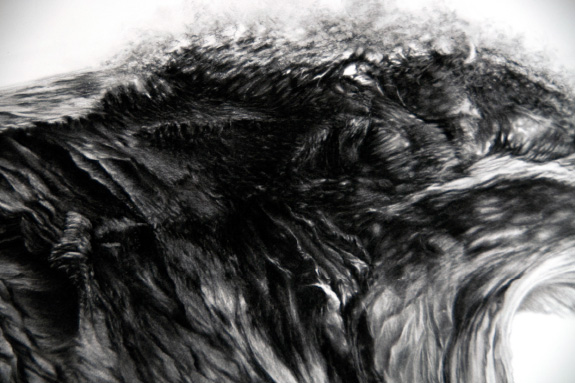 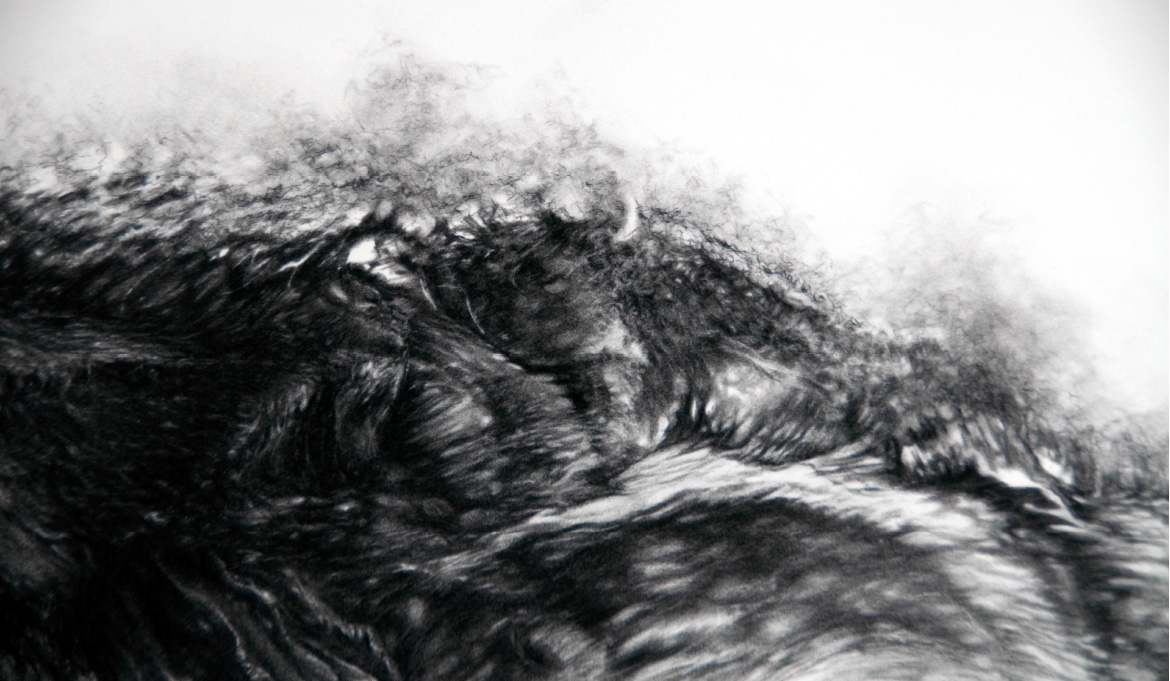